Keystone gets a new Executive Director. Read the coverage here: 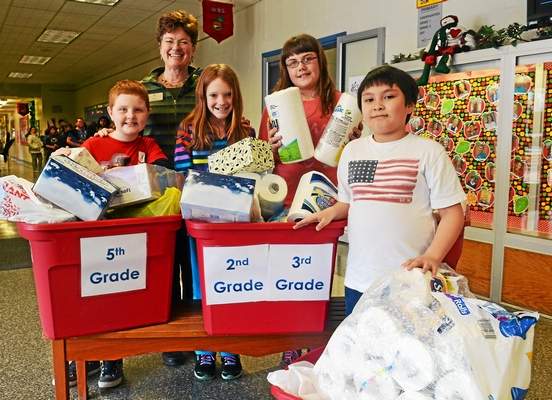 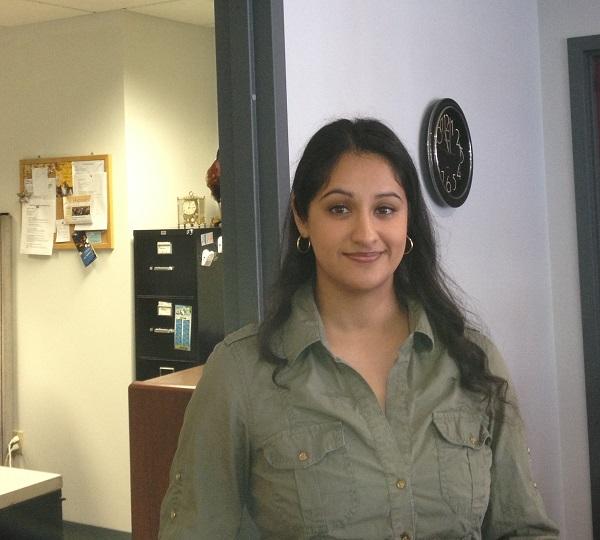 Souderton >> People who need assistance don’t always know where or how to get it. Read More 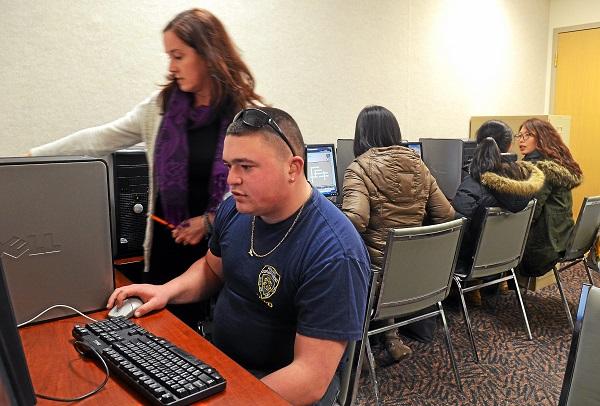 Souderton >> “Busy place,” Richie Aichele, Keystone Opportunity Center’s IT and operations specialist, said as a temporarily empty classroom was found for an interview during Keystone’s adult education family literacy classes in a portion of Souderton Mennonite Church on a recent morning. Read More

November 23, 2014
As we enter the holiday season, Give A Christmas arrives

July 6, 2014
New program puts home before job for the homeless

May 14, 2014
Souderton Community Day set for May 24 with pool opening, events to benefit those in need

May 11, 2014
Postal workers help ‘Stamp Out Hunger’ for Keystone Opportunity Center in Souderton; drive comes up short of previous total

December 13, 2013
Volunteers help give a Christmas to those in need

May 9, 2013
Souderton – Telford postal carriers to participate in ‘Stamp Out Hunger’ Food Drive

May 6, 2013
Immigrants to share their stories at Indian Valley Library in Telford

April 4, 2013
The path to U.S. citizenship goes through the Lansdale Public Library

March 2, 2013
Local Food Pantries team up to freshen things up

Education
To reduce the risk of spreading the virus, Adult Education classes in High School Equivalency, ESL, and ESL tutoring are now being conducted through distance learning. Family Literacy and Citizenship classes will resume at a later date. For details, click here.

Food Pantry
Keystone’s food pantry clients can pick up their groceries in the parking lot of Keystone Opportunity Center on Tuesdays, Wednesdays and Thursdays from 10:00 am to 2:00 pm. For details, click here.

Food Donations accepted on Mondays from 10:00 am to 1:00 pm at our Main Street entrance of Keystone.

Fresh For All
Fresh For All is open every Tuesday from 1:00 pm to 2:00 pm. To reduce the risk of spreading the virus, clients will drive up for a contactless pickup.

Case Management
To reduce the risk of spreading the virus, our Community Case Manager is conducting case management meetings via telephone. For details, click here.

Housing
To reduce the risk of spreading the virus, all housing programs are being operated remotely. For details, click here.

Keystone Tenants
To reduce the risk of spreading the virus, our affordable housing clients are encouraged to stay home, and are able to pay rent online by clicking here.

Keystone’s building is closed to the public, but our receptionist will be answering the phone line every Tuesday, Wednesday and Thursday from 9:00 am to 2:00 pm. All other times, people can access recorded information and leave messages for staff.